That point was emphasized by speakers at the My Private Brand Diversity Summit, which spotlighted the strategies of retailers including Wakefern Food Corp., Target, and Aurora Grocery.

“Diversity isn’t a nice thing to do or a way to check a box,” said Chris Skyers, VP, Own Brands, Wakefern, which operates store banners including ShopRite. “As a Northeast retailer, we probably have one of the most diverse populations of customers in the U.S., so we need to operate with a diverse team and mindset.”

Skyers, who was interviewed by Christopher Durham, President, My Private Brand, pointed to in-house sensory testing as an example of a function that requires a diverse team to succeed. He relayed an anecdote about testing of meatballs.

“Historically we had a sensory team of all males, and they would have one opinion on taste and quality,” he said. “But when we asked females, we got a completely different view. Having a diverse team contributes to success of the portfolios on the shelves.”

Another Summit speaker, Target’s Flora Ekpe-idang, Senior Brand Marketing Manager, who leads the retailer’s Black audience marketing strategy, shared an example of how internal teams can be built with specific communities in mind.

Her efforts focus on Target’s Black Beyond Measure platform and campaign, which includes an exclusive Black History Month collection of items from Black designers and businesses.

“The Black Beyond Measure work is led, organized, and developed by a team of amazing Black creators,” she said during a Summit discussion with Clay Ellis, My Private Brand’s Executive Director of Partnership Development. “A lot of people are involved who are of the community and doing it for the community. We work to make sure it’s reflective of a variety of different Black experiences, because there isn’t just one Black experience.”

The Summit also addressed the world of Hispanic retail and how diversity plays an important role. Omar Jorge, Chairman of Aurora Grocery Group, which operates Hispanic-focused stores in the Eastern U.S. under the Gala Foods and Compare Foods banners, said retailers need to hire store associates who speak the same language as customers and can understand their needs.

Jorge said Private Brands have traditionally been a tough sell in Hispanic communities, which are “fiercely brand loyal” to national brands, but he added this phenomenon is starting to change.

“Now that our Gala private label brand is starting to get recognition, we’re seeing the same customers buying it repeatedly, so we’ll keep expanding it,” he said. “We’re making a strong marketing push to have brand recognition.” 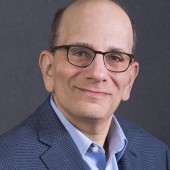 David Orgel is an award-winning business journalist, industry expert and speaker. He is currently the principal of David Orgel Consulting LLC, delivering strategic content and counsel to the food, retail and CPG industries.

10 Key Takeaways From The My Private Brand Design Summit

10 Days & Counting To The My Private Brand Design Summit

Receive our latest news and updates.

You have Successfully Subscribed!

This website uses cookies to improve your experience while you navigate through the website. Out of these cookies, the cookies that are categorized as necessary are stored on your browser as they are essential for the working of basic functionalities of the website. We also use third-party cookies that help us analyze and understand how you use this website. These cookies will be stored in your browser only with your consent. You also have the option to opt-out of these cookies. But opting out of some of these cookies may have an effect on your browsing experience.
Necessary Always Enabled
Necessary cookies are absolutely essential for the website to function properly. This category only includes cookies that ensures basic functionalities and security features of the website. These cookies do not store any personal information.
Non-necessary
Any cookies that may not be particularly necessary for the website to function and is used specifically to collect user personal data via analytics, ads, other embedded contents are termed as non-necessary cookies. It is mandatory to procure user consent prior to running these cookies on your website.
SAVE & ACCEPT

You have Successfully Subscribed!